There’s a lot of theme parks in the world, ranked in all manner of different ways and categories. But, if you’re looking for the gold standard for opulence and extravagance, the largest is the popular way to gauge them when immersing yourself in the world of theme parks. 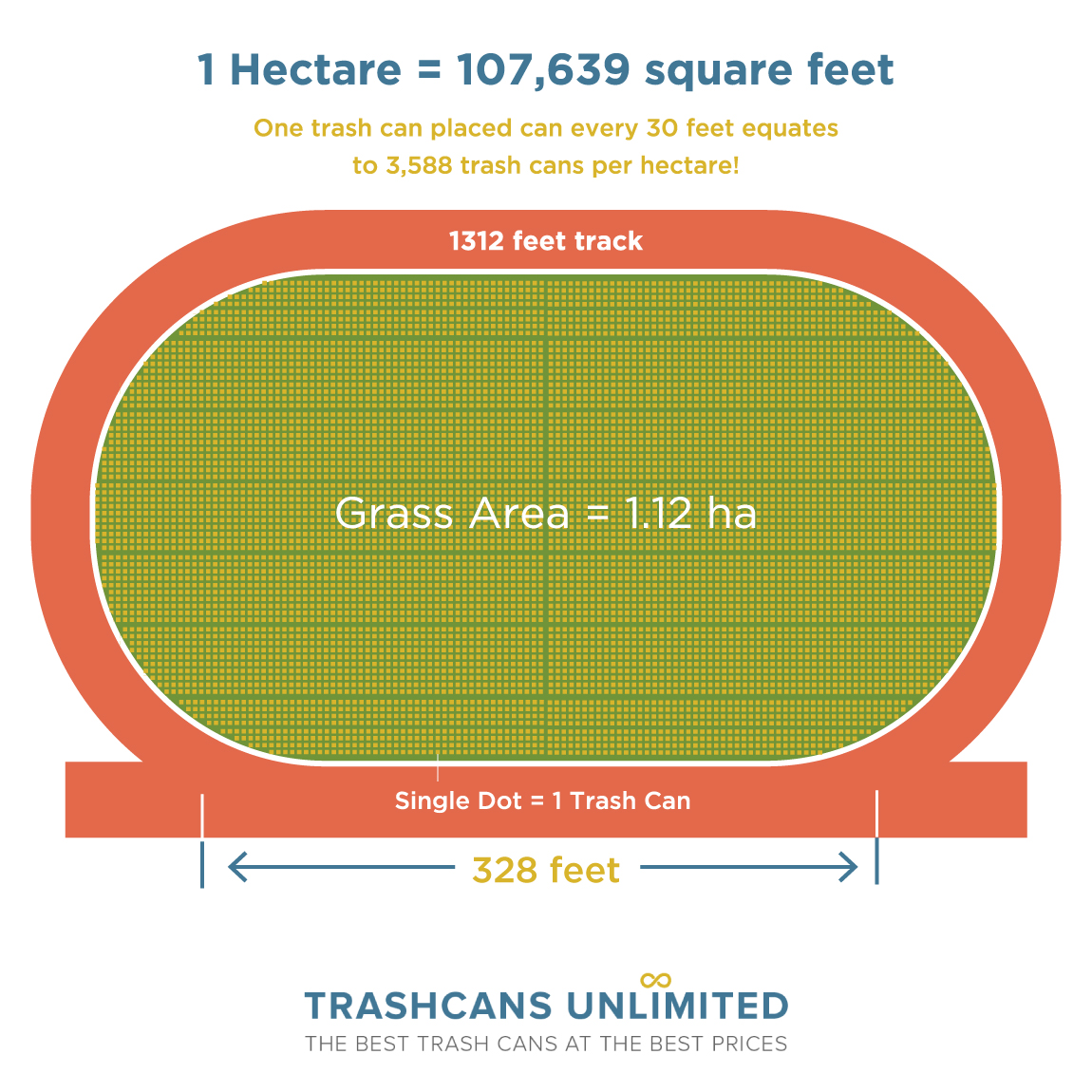 What is the “largest” theme park?

“Largest” as a criteria can mean a lot of things. Some might argue that largest equates to the park with the most visitors, or the most rides and attractions, while some argue the largest park is the one that takes up the most real estate. We personally think the largest theme park should be determined by the largest number of trash cans, but for the purposes of this article, we’re going to divide them up and rank them by hectares.

A hectare is a metric unit of square measurement for land, roughly equivalent to 107,639 square feet, or 2.47 acres. According to Disney, the innovator of theme parks and waste management, the golden rule for strategic trash can placement is every 30 feet. If there are 107,639 square feet in a hectare, that means about 3,588 trash cans can fit in each hectare! Below are the largest theme parks around the world, ranked from small to large by the number of hectares they occupy (and the presumed ideal number of trash cans they can hold). 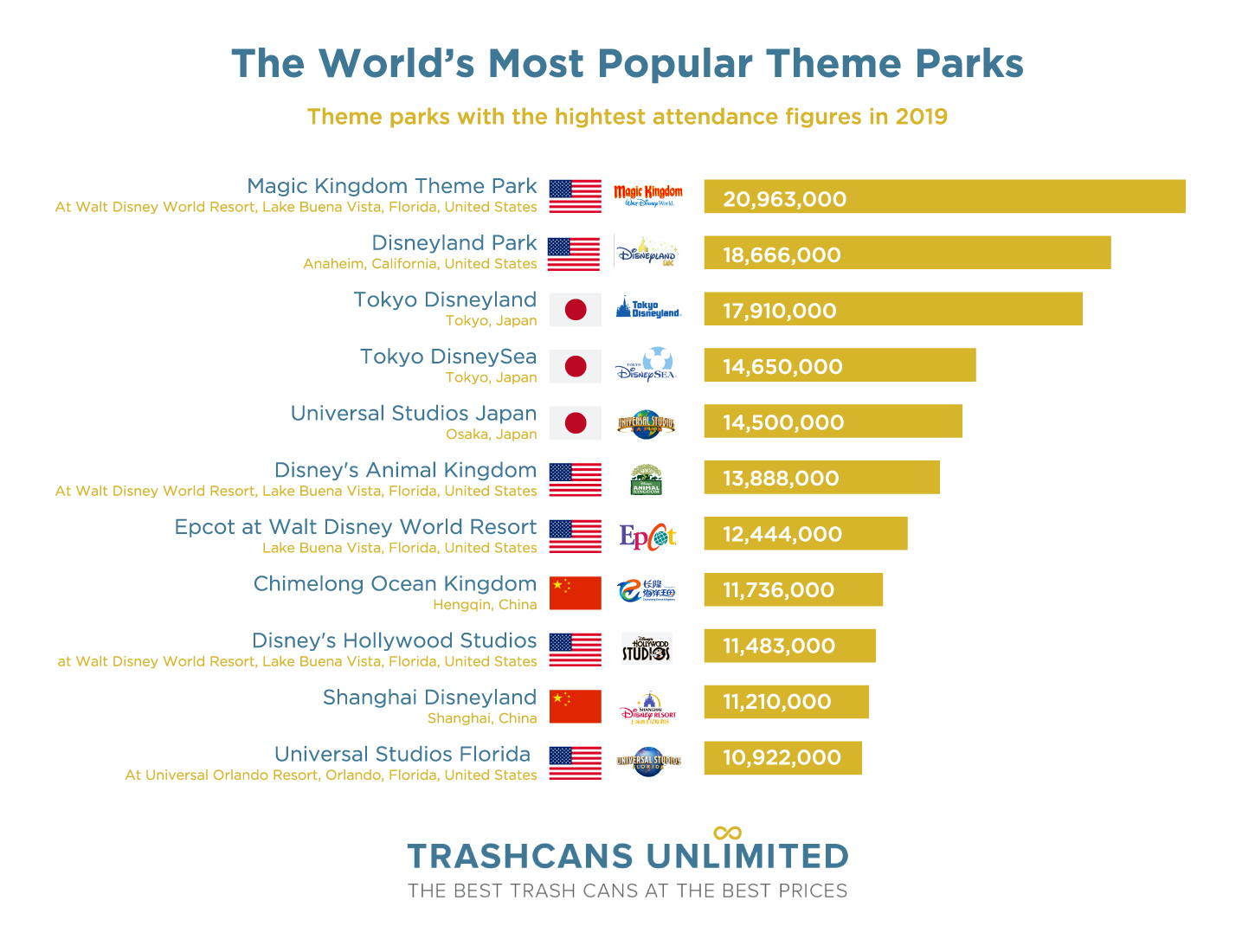 At 39 hectares, this comes in at the smallest large park for our list. The most visited theme park in Japan, with 13,900,000 annual visitors, and over 50 attractions! This one is not one to be missed if you find yourself in Japan.

The second-oldest operating amusement park in the US (opened in 1870), this park is owned by Cedar Fair and is their crown jewel. Known as the Roller Coast, the park has 71 rides and 17 roller coasters, second-most behind Six Flags Magic Mountain. It weighs in at a whopping 147 hectares. 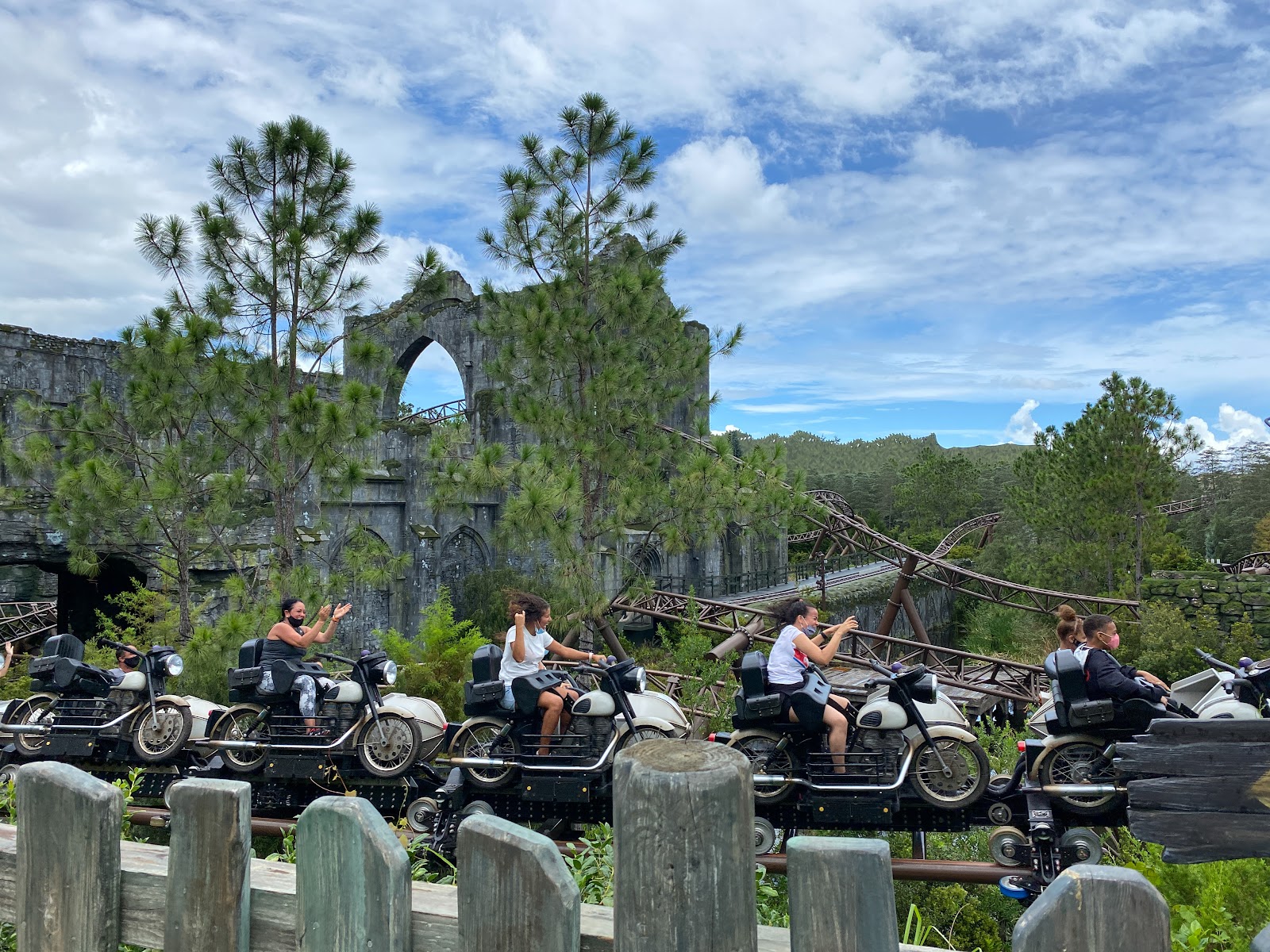 At 278 hectares, this resort consists of several parks, including:

Universal Orlando resort is also home to the most expensive roller coaster ever constructed— $300 million— Hagrid’s Magical Creatures Motorbike Adventure opened in 2019, and is part of the Harry Potter World. 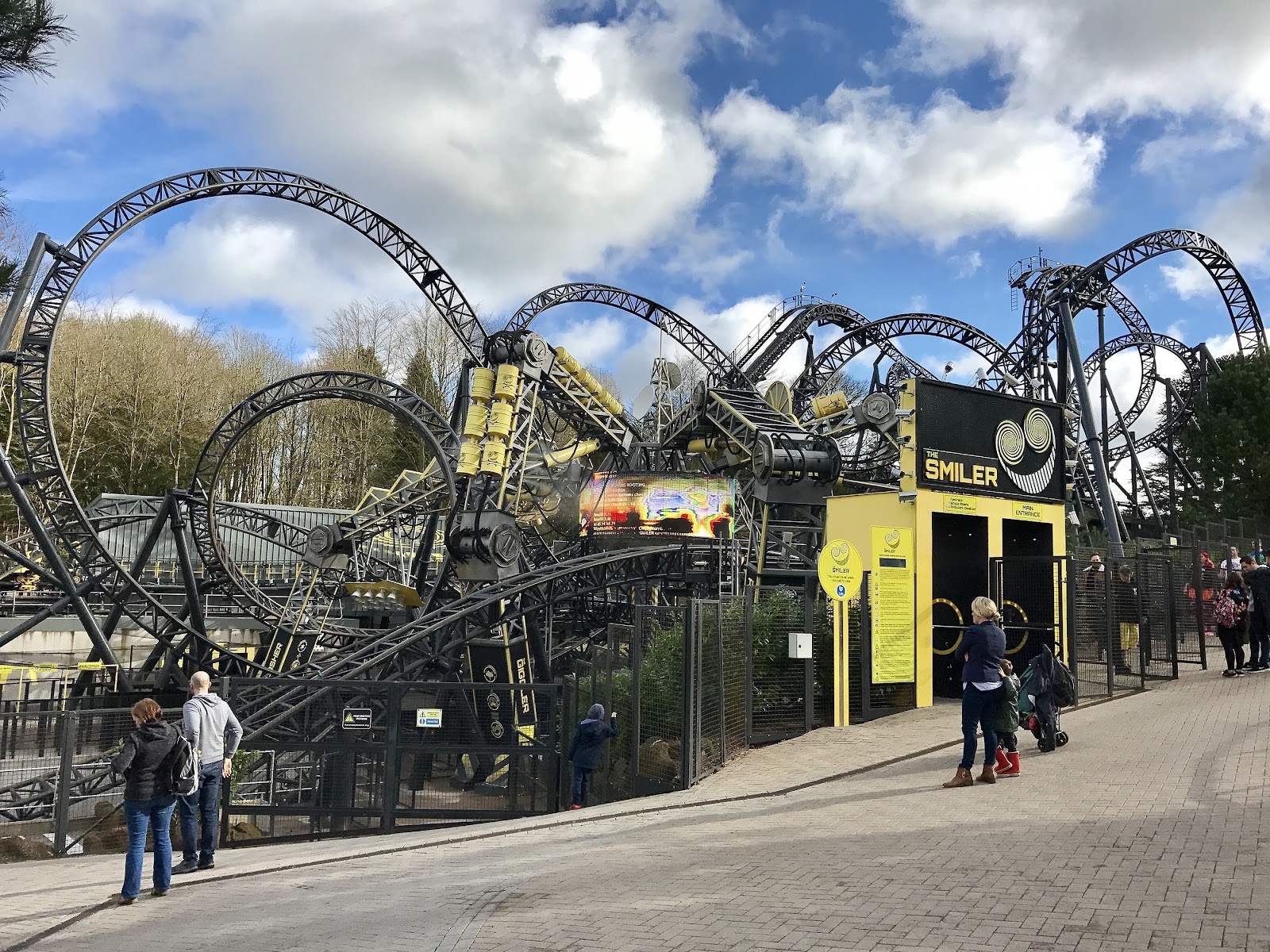 Alton Towers sits on 370 hectares, and also has the distinction of having the roller coaster with the Most Loops: “The Smiler,” with 14 inversions. The park includes a theme park, water park, spa, mini golf and hotel complex. 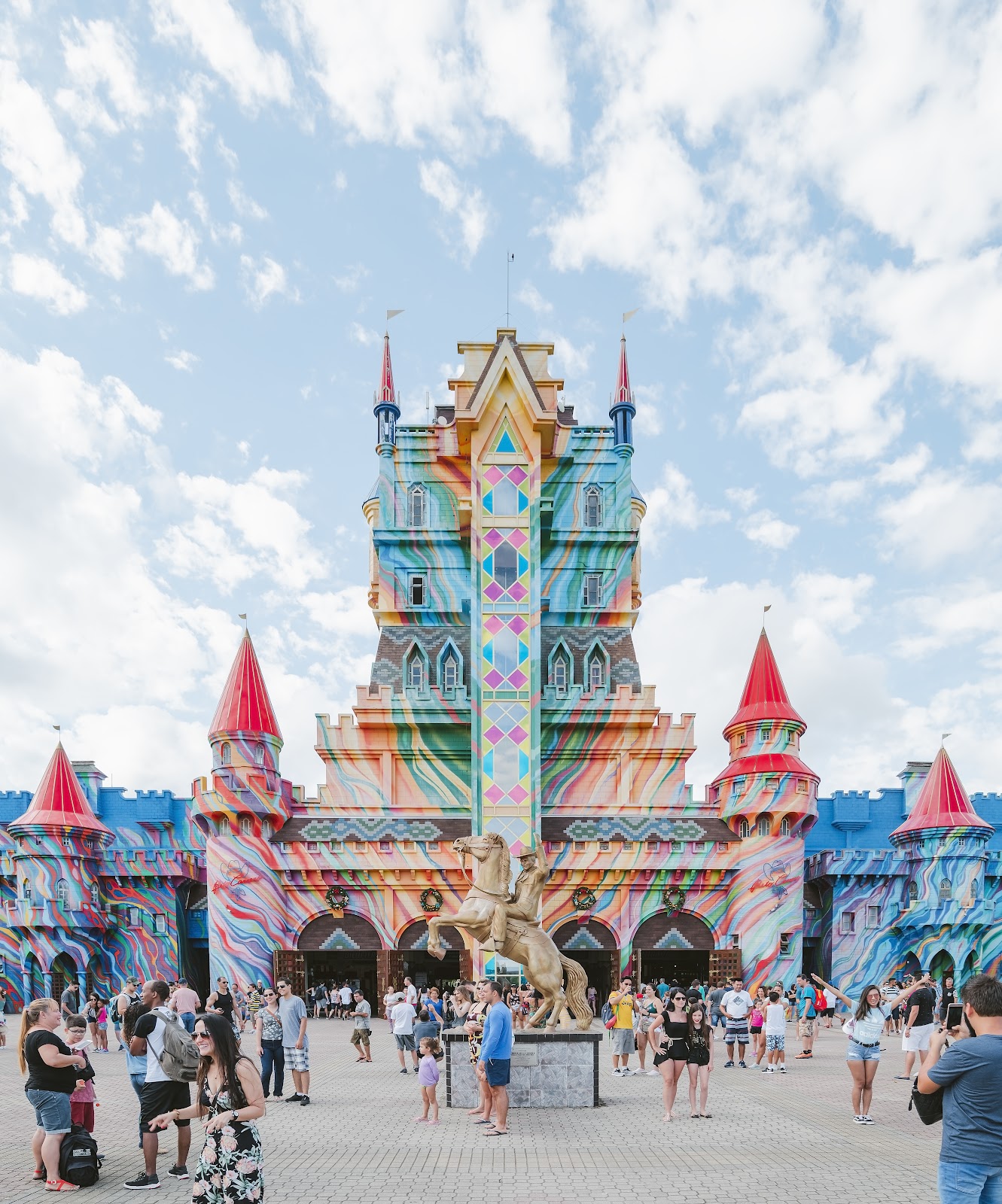 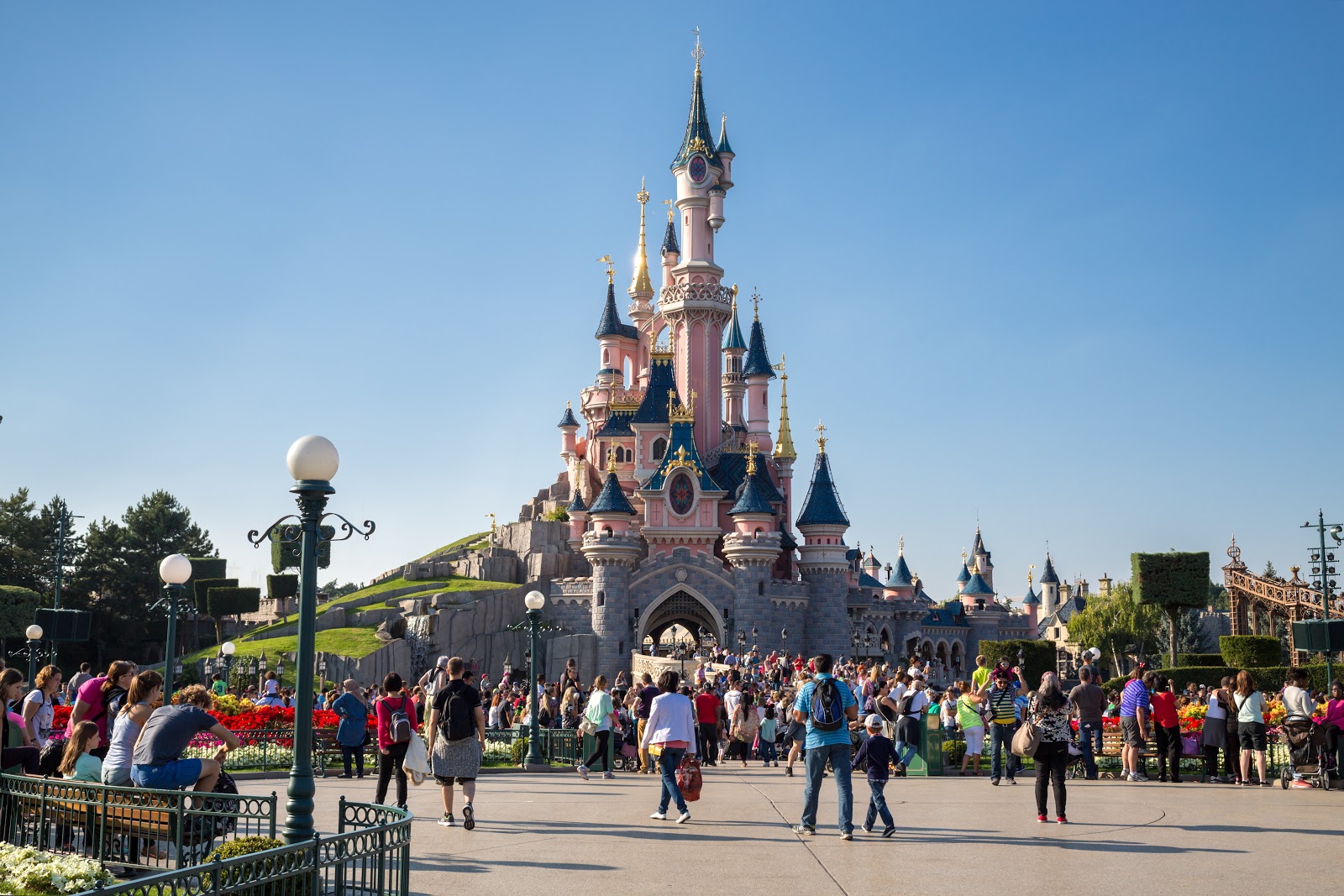 It’s no surprise that Disneyworld is the largest, most visited theme park in the United States, and in the world — probably due to Disney’s innovative trash disposal system! We kid, but Frontierland has over 120 trash cans alone. According to a report from the Reedy Creek Improvement District, which oversees Disney World operations, more than 110,000 TONS of solid waste were discarded in 2017.

That completes our list of largest theme parks in the world, but it’s hard to ignore some of the theme parks which may not be the largest, but they’re large enough to at least deserve an honorable mention. 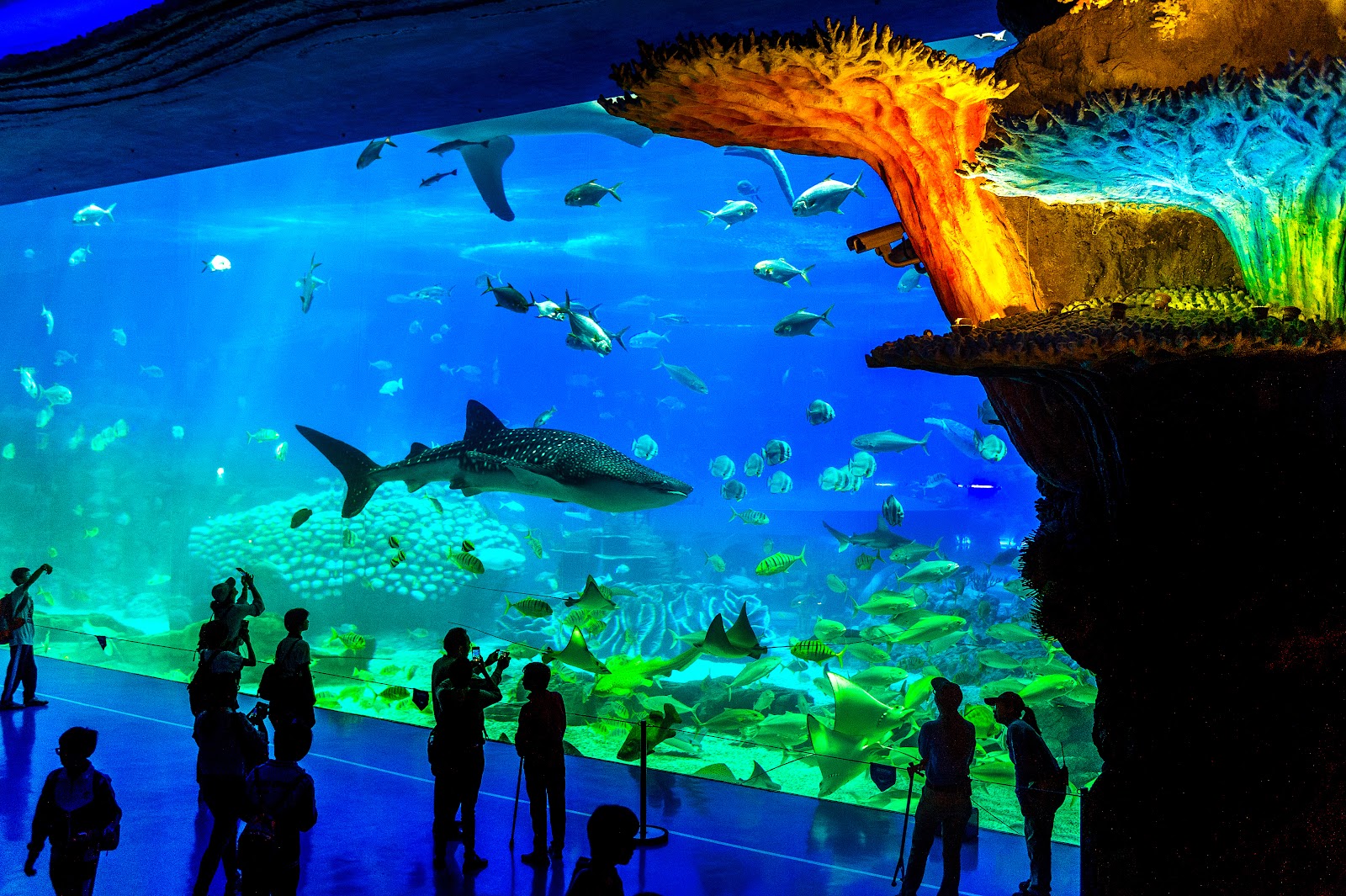 This theme park currently has five Guinness World Records to its name:

There are seven themed areas inside the theme park, each representing a part of the ocean, with a total water volume of 48.75 million litres (12.87 million US gal; 10.72 million UK gal) of salt and freshwater.

The tank itself has a volume of 22.7 million litres (5.99 million US gal); 4.99 million UK gal) of salt water, making it the world’s largest aquarium tank.

The Whale Shark Exhibit tank also features the largest underwater viewing dome, which has an external diameter of 12 m (39 ft 4.44 in) and is placed over a cylindrical structure built inside the tank. 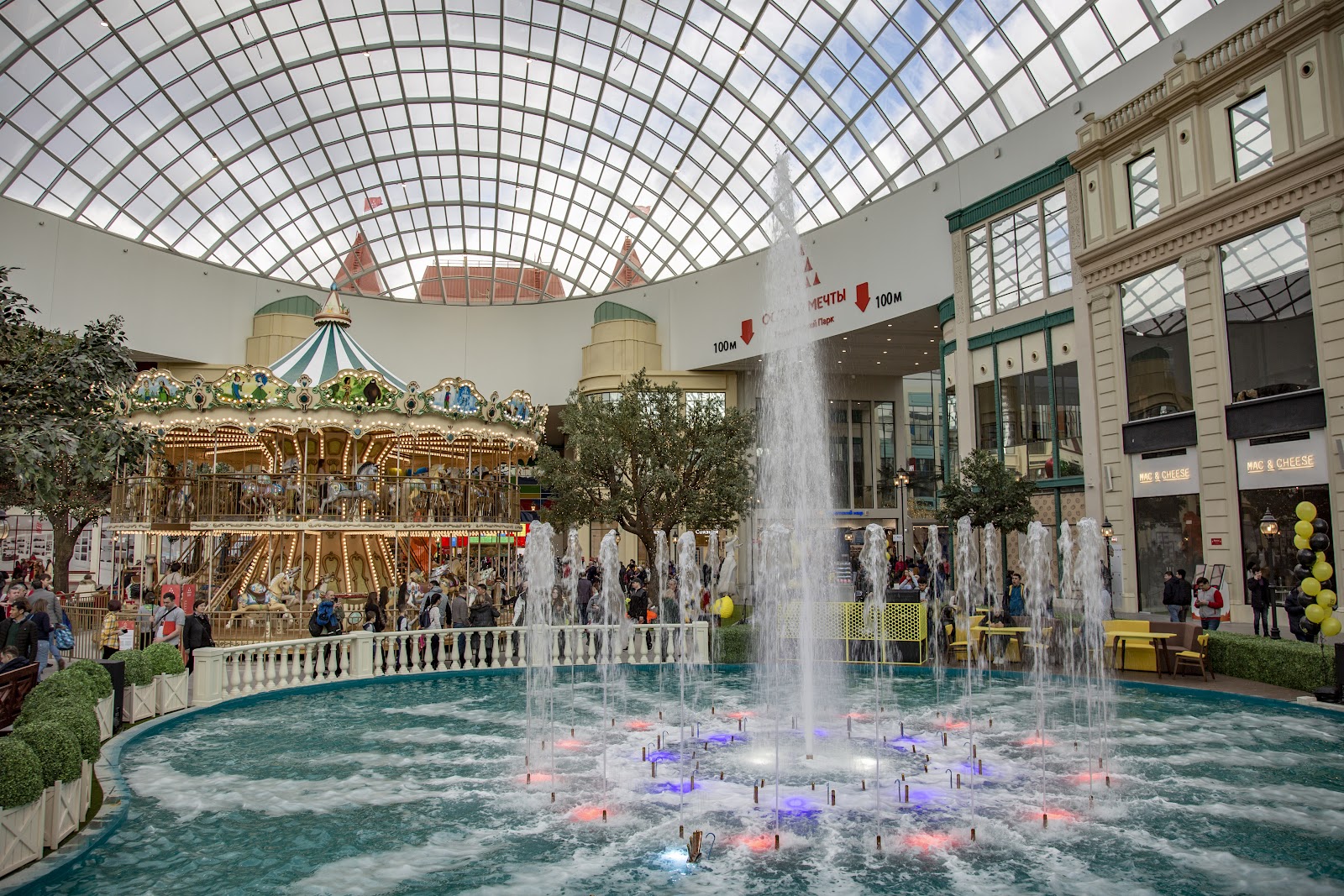 The largest indoor theme park in Europe takes up 300,000 square meters, and 29 hectares of the park are covered by Europe’s largest glass dome, which allows guests to enjoy the park during Moscow’s frigid winters.

Theme Parks with Most Roller Coasters

Finally, we must acknowledge the theme parks with the largest number of roller coasters:

When you look at the math, it’s clear that Disneyland’s success is due to having many trash cans. We kid again, but you have to admit that sanitation and waste management are incredibly important in such large, people-filled spaces with large mechanical structures. Nobody wants to go back to a sticky, stinky, littered park, concert hall, or restaurant, and that’s why Trashcans Unlimited is here to help. Start browsing our expansive inventory today, or get in touch with our customer service team with any questions you might have.